Cove forests are unique ecosystems found exclusively in North America, in the southern Appalachian Mountains of the United States. They are a special type of forest known as mixed deciduous, meaning that forest's trees lose their leaves in fall. Cove forests are restricted to mountain "coves," which are bowl-shaped valleys with very rich, fertile, damp soil. Many cove forests have streams wandering through part of the forest. The cove forests of the South exhibit the greatest plant and tree diversity of any forests in the United States.

The cove forests of South Carolina are restricted to the northwest portion of the state, extending from the north of Westminster to north of Greenville, Jones Gap State Park, Table Rock State Park, Oconee State Park, and Caesars Head State Park all contain cove forest communities. For more information, view the credits or find out how to plan a trip to a cove forest. 03. The Impact of Watersheds 08. Plants of the Forest 09. Animals of the Forest Flowering dogwood is an ecologically important understory tree in eastern forests. Today, large numbers of flowering dogwoods are dying due to an introduced parasitic fungus that causes dogwood... Seeds of this plant were apparently introduced from Asia into Tennessee in the early 1900s via packing material. The plant escaped and has now spread into forests throughout the eastern United States... Wild boar eat, trample, uproot, and kill large numbers of plants. They also compete with native animals for acorns, nuts and berries. Because the availability of fruits can vary dramatically from year... The hemlock wooly adelgid (HWA) is an aphid-sized insect that feeds on sap of the Canada hemlock, a widespread tree of eastern North American forests. The HWA causes Canada hemlock trees to drop their... A number of rare species occur in cove forests, including the endangered persistent trillium, Trillium persistens. The species is found in deeply incised coves and gorges (acidic coves) in South... Oconee State Park This popular Upcountry state park rests on a high plateau among tall pines and hardwoods in the foothills of the Blue Ridge. Among the park's 1,165 acres are two mountain lakes and a... Houses/Condos in the Mountain Valley | The Cove Forest

A current threat to cove forests is residential development. Steep slopes are cleared, and homes, condominiums and resorts are built. The defense compounds of plants generally provide protection from many, but not all, herbivores. Over time, one or more herbivores may Leaves often show signs of some damage by herbivores, but only rarely are most or all of the leaves on a given plant eaten. As a result, green leafy plant tissues is abundant in cove forests during... The most effective defense against herbivores are chemicals. Leaves, stems and roots often various chemicals that deter herbivores. For example, oaks have bitter-tasting chemicals called tannins that... 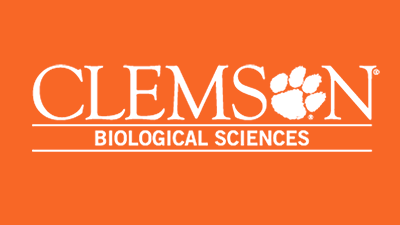