The South Carolina State House has been called one of the most beautiful and majestic government buildings in the United States. Much of its attractiveness can be seen in the building’s architectural and historic features. These include the columns, bronze stars, dome, steps, carvings of South Carolina political figures, and artistic carvings. Adding to the grace and charm of the building is the South Carolina state flag, distinctive and truly original in its appearance.

Take a 3D virtual tour inside the SC State House.

The 3D experience was shot with a Matterport Pro 3D Camera. Experience the VRs using the apps and either Google Cardboard or Samsung Gear VR. 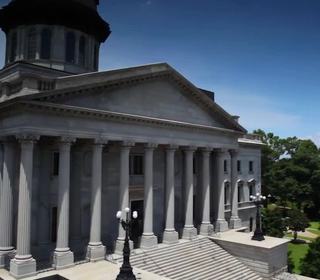 The Angel of Marye’s Heights | The SC State House
Photo