This edition of History in a Nutshell explores the reasons behind Saddam Hussein's invasion of Kuwait, and the process behind the Coalition's response to Saddam's aggression.

Saddam Hussein's military forces invaded and occupied Iraq's next door neighbor Kuwait on August 2, 1990. This invasion was immediately condemned by the United Nations, and an Allied Coalition was formed with the purpose of driving Saddam out of Kuwait.

This edition of History in a Nutshell explores the reasons behind Saddam's invasion of Kuwait, and the process behind the Coalition's response to Saddam's aggression.

Saddam Hussein instigated the Persian Gulf War with his invasion of Iraq’s next door neighbor Kuwait on August 2, 1990. The introductory segment of this edition of History In A Nutshell sets the stage...

2. Flying the A-10 Thunderbolt II | Tankbusters

Iraqi dictator Saddam Hussein earned notoriety for his brutal suppression of political dissidents, oppression of Kurds living in northern Iraq, and his desire for nuclear weapons. World criticism did...

Persian Gulf War, Part 3 - The Coalition Strikes Back | History In A Nutshell

The United States and the United Nations responded quickly to Saddam Hussein’s invasion of Kuwait. With multiple United Nations sanctions, and chances to leave, Saddam refused to withdraw his military...

4. Reaction to Invasion of Kuwait | Tankbusters

Lieutenant Colonel Joel "Rally" Rush recalls his thoughts about hearing the news on Saddam Hussein's invasion of Kuwait in August 1990. Rush also discusses the socio-political climate in the U.S. at...

Saddam Hussein’s elite Republican Guard forces were on the run from American and British Army armored divisions. After the allied victory at the Battle of Medina Ridge, Saddam was afraid that the...

Lieutenant Colonel Joel "Rally" Rush discusses what flying missions in the A-10 Thunderbolt II were like. He walks viewers through the process of preparing for a mission, destroying Saddam Hussein's... 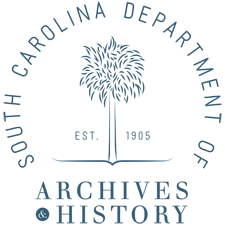