USS Yorktown (CV-10) was an Essex-class aircraft carrier that served with the US Navy in World War II and the Vietnam War. World War II’s famous “Fighting Lady” would participate significantly in the Pacific offensive that began in late 1943 and ended with the defeat of Japan in 1945. The Yorktown received the Presidential Unit Citation and earned 11 battle stars for service in World War II. In the 1950s, the Yorktown was modernized to operate jet aircraft as an attack carrier (CVA). In 1957, she was re-designated an anti-submarine aircraft carrier (CVS), and would later earn 5 battle stars for service off Vietnam (1965-68). The ship also recovered the Apollo 8 astronauts and capsule (December 1968). The Yorktown was decommissioned in 1970 and placed in reserve. Today, the ship, is a floating military museum located at Patriot's Point in Charleston, SC.

(2) Use your phone's browser to go to the VR link at USS Yorktown. 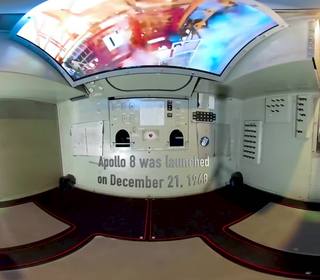 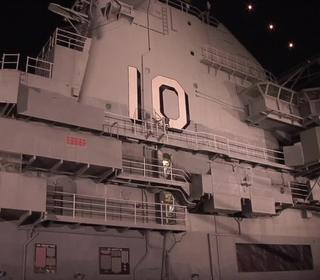