A legendary radio personality and master of the dobro guitar, Jackson was honored for his contribution to the history of country and bluegrass music in the region. Jackson auditioned for and was hired to play his guitar at Sumter’s first radio station, WFIG in the 1940s. Listeners later became so fond of listening to him that they called him “Uncle Clarence.”

His 32 separate recordings of dobro tunes is a record in itself. This is in addition to the hundreds of traditional country music tunes and the 23 instructional guitar videos he recorded during his life. After retiring, Jackson continued to play occasionally in public and listeners found he still had a way with the dobro in songs like “Clarence’s March,” “Silver Threads Among the Gold,” and “Home, Sweet Home.” Jackson received the Jean Laney Harris Folk Heritage Award in 1997. 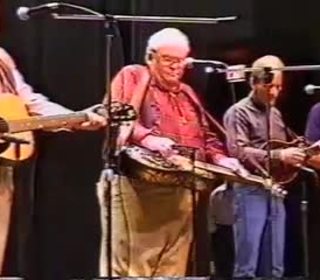