Reconstruction 360 Plus New Module - A Seat at the Table - Now Available for Online Learning! Reconstruction 360 is SCETV’s web and mobile application that brings contemporary scholarship about Reconstruction to a project designed for mobile devices. Intended for the general public, students and educators, Reconstruction 360 uses 360° videos and short documentary films to shed light on the Reconstruction era. The project focuses on the theme of land and labor, specifically unpacking the history of “40 Acres and a Mule,” the short-lived promise of land that was made to freedmen along the coast of South Carolina and Georgia.

The Columbia Reconstruction Tour tells the history of Columbia during Reconstruction through the buildings – both those that remain and those that have been replaced – that line Main Street from the State House to Blanding Street and up Sumter Street, back to the State House. The tour covers the dramatic story of the period, from the Secession Convention of 1860, through the rise of African-American legislators, to the election of Wade Hampton and the fall of Republicanism in 1877, a date considered by some to be the end of Reconstruction. As a user of the app visits banks, churches, courthouses and other locations in the heart of the capital city, a picture emerges of the efforts to reconcile white and black communities during what was arguably South Carolina’s most tumultuous and progressive era.

Each of the thirty stops on the Columbia Reconstruction Tour contains images and written and audible text. When using the app in downtown Columbia, locations pop up when the user is within 30 feet of a site. The tour is self-guided and can be used off-site as well, on tablets and phones anywhere. Its place-based approach anchors the history of the city and state in the material culture of the period. The app can be downloaded for free from Tour Buddy Historic Apps in the App Store for both Apple and Android devices. The Columbia Reconstruction Tour was produced in collaboration with Historic Columbia and written by Thomas Brown, Professor of History at the University of South Carolina.

Download the App from the Apple App Store or Google Play.

A Seat at the Table – Second Module from Reconstruction 360 Now Available!

Now available from Reconstruction360, our second module, A Seat at the Table! 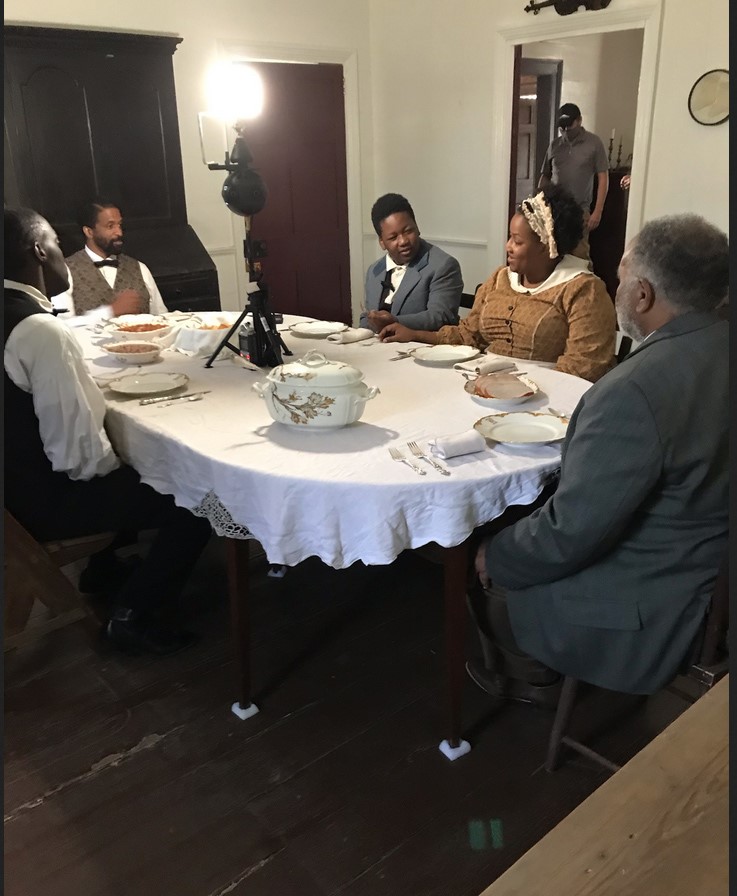 Savannah family seated around the table - production shot showing 360 camera in the middle of the table.

Professor Amir Jamal Touré of Savannah State University discusses the importance of Savannah, Georgia to the creation of African American institutions in Georgia and beyond.

The Hoskins-Brown family of Savannah, Georgia, embodies some important African American traditions – respect for elders, a strong female head of household, caring neighbors. But they are also creating new traditions, as three brothers experience life with their biological dad and a “bonus mom.”

The Reconstruction Acts of 1867 divided the South into five military districts and directed the Army to register Black and White men to vote. Former Confederate states had to write new constitutions. In 1868 in Georgia, 37 Black men were elected as delegates to the Georgia Constitutional Convention.

After the slave revolt led by Nat Turner in 1831, most Southern states passed laws making it a crime to teach the enslaved to read and write. During Reconstruction freedpeople demanded education, and Southern state legislatures established free public schools for Blacks and Whites.

During Reconstruction women who had been enslaved could finally devote themselves to their own families. The work of women was always vital to the Black family and community, throughout enslavement and beyond. After the Civil War, freedwomen began the Black women’s club movement, which is still thriving today.

Over time, Black Southerners developed their own forms of worship. They incorporated some African religious traditions and turned certain biblical stories to their own purposes, envisioning a God who would liberate them from bondage.

Between 1820 and 1860, slave owners in the upper South sold nearly a million enslaved people to plantations in the lower South. After they gained their freedom, formerly enslaved people published newspaper advertisements seeking lost relatives, and ministers read the ads aloud at church services.

In West Africa, elders are greatly respected and family groups often form the basis of society, but the institution of slavery tore African American families apart. Freedom meant that families, including grandparents, could live safely together.

Black Churches have often served as places to meet and organize, and during Reconstruction many religious leaders were elected to political office. In the Civil Rights movement of the 20th century Black religious leaders carried on this tradition of fighting for social justice.

Many of the foods enjoyed by enslaved and freedpeople - and Americans today - originally came from Africa. In this video culinary historian Michael Twitty discusses the origins of African American foodways.

In 1866 a new Republican Congress defied President Andrew Johnson and began the period known as Radical Reconstruction. Southern states created new constitutions that gave the right to vote to all men regardless of race, and granted other long-awaited rights and freedoms to African Americans. 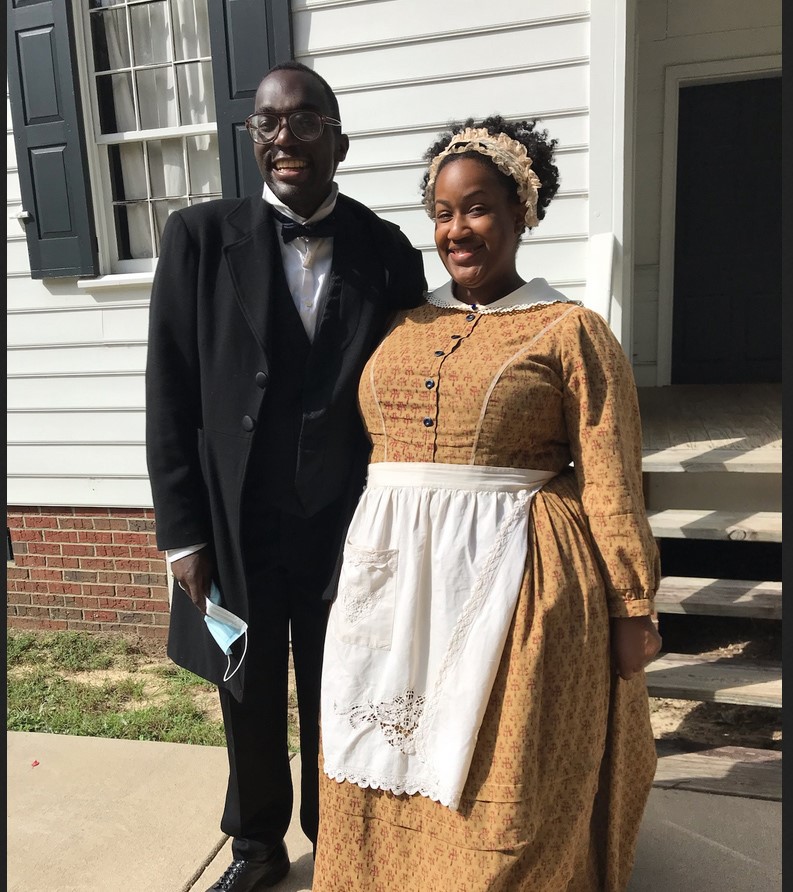 Actors who portrayed the pastor and the freedwoman. (Daniel Niati and Christine Garvin)

The Learning Continues on KnowItAll.org!

Please contact us with questions or comments. We'd love to hear from you!